How to attract hedgehogs to your garden 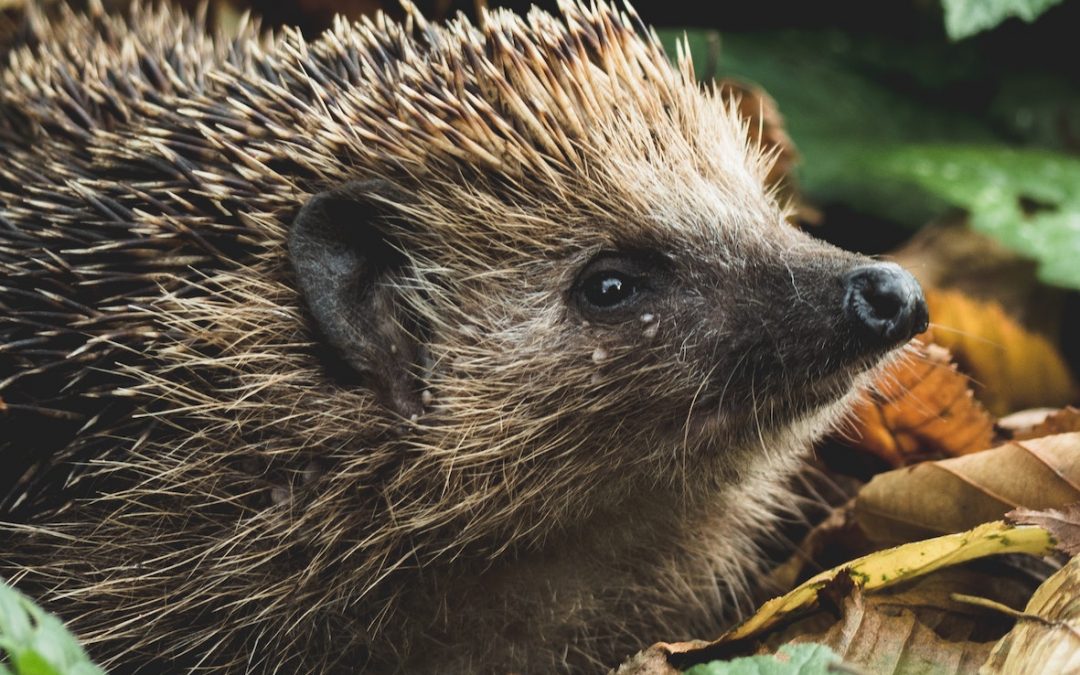 I snout out the ways we can help the declining hedgehog populations in our gardens this summer and create local hog network!

One of the most enduring memories of childhood has to be the ritual of hedgehog feeding. Out we’d go into the night with a shallow saucer of cat food (or, before we knew better, bread and milk). We’d place it strategically near a shrub or hedge, before tiptoeing back indoors to catch a glimpse of our nighttime visitors.

On most occasions we’d be rewarded. First with those tell-tale grunting, snorting and puffing noises. Then, with shuffling spines and a snuffling snout as hedgehogs emerged to take a dip in our midnight feast.

But when homeowners began to deck over gardens, smother lawns with artificial grass and put up impermeable boundaries to keep out the neighbours – they kept out the hedgehogs too.

According to a State of Britain’s Hedgehogs report and ongoing surveys by the People’s Trust for Endangered Species (PTES), there has been a steep population decline in the last decade. Half of rural hedgehogs and a third of urban ones are disappearing.

“Hedgehogs now appear to be declining in the UK at the same rate as tigers are globally – at around five per cent a year,” says Henry Johnson, ‘Hedgehog Officer’ at Hedgehog Street, a joint campaign between wildlife charities the PTES and The British Hedgehog Preservation Society (BHPS) (who also has one of the UK’s best job titles!)

“We all get dewy eyed about the loss of these magnificent beasts but often overlook what is, or isn’t, in our own backyards.”

So, is there a way to stem the tide? Henry and other hedgehog experts believe the problem is not about what is in our gardens, but more about getting into them.

“Hedgehogs thrive in gardens because of the diverse range of habitats they provide,” says Henry. “But fences and walls stop them in their tracks, and the single most important thing we can do is give them access to roam.”

The main focus of the Hedgehog Street campaign, therefore, is to get homeowners to create ‘hedgehog highways’. These are small 13cm by 13cm holes or gaps in garden boundaries so the animals can travel into and between gardens.

Evidence from radio tracking studies shows hedgehogs snuffle their way through more than one kilometers of gardens every night in search of food. A sustainable hedgehog population needs at least 90 hectares of connected land to survive.

Scrape a hole underneath the fence and make a mud tunnel, or buy fence panels with pre-cut holes. If you’re having a wall built, add a ‘smoot’ (traditionally a hole to let lambs move from one field to another) that’s just large enough for a hedgehog. Then, add your hedgehog hole to the Big Hedgehog Map.

In July, hedgehogs will be breeding so it’s the perfect time to leave out some nesting materials. Create a log pile hibernacula (a hog house) in a quiet undisturbed corner, or add a compost heap or leaf pile to encourage more insect prey.

Ponds are an often-overlooked hedgehog friendly feature. Hedgehogs benefit greatly from a year-round water supply and are great swimmers. Ensure the sides are gently sloping so they can get in and out easily.

“Consider planting perennials that attract pollinators too rather than mass produced bedding plants,” says Henry. “Plant hedges, create lawns for worms and beetles and grow herbs such as thyme and marjoram between paving stones.”

If you’d like to feed them, put out bowls of mealworms, crushed unsalted nuts, meat-based cat and dog food or sunflower hearts. Avoiding bread and milk and add a saucer of water if it’s dry. To stop cats and other garden visitors pinching the food, you can make a feeding station out of an old wooden crate or plastic box. Cut a hedgehog-sized hole in it, and the other animals won’t get in!

Once you’ve attracted your hedgehogs – shout about it. No single garden is large enough for a hedgehog population, so think of your garden as part of a local hog network.

Like this? How about learning how to save water? Or read more about my eco campaigns to help curb climate change.